Congress and the Administration

For more information on what is at stake for Clean Water at the Supreme Court with regards to Waters of the US and Sackett v. EPA, and opporunities to get engaged, see our Protect Our Waters Campaign page

The Coalition’s Federal Policy Work Group works to advance a positive water agenda that expands access to clean water for every community while also defending laws, regulations, policies, and programs, particularly the Clean Water Act, from rollbacks and changes that weaken protections for our nation’s waters.

The Trump administration took action today to weaken key parts of the Clean Water Act. The Environmental Protection Agency and Army Corps of Engineers agencies jointly proposed exempting polluters from important programs that prevent and clean up water pollution, by removing protections from certain streams,wetlands, and other water bodies. This Dirty Water Rule would wipe out safeguards for water bodies that provide drinking water to tens of millions of people, including vulnerable populations such as children, and for wetlands that filter pollution and protect our communities from flooding.For more than 45 years, the Clean Water Act has helped work toward a time when all water bodies are safe for swimming and fishing, and when drinking water supplies are protected from pollution. Now the Trump administration is moving backwards. The members of the Clean Water for All Campaign vigorously oppose this reckless plan and are working to stop this action.  Learn more here.

EPA, at the request of industry, started the process of rolling back important pollution standards for wastewater from coal-fired power plants in 2017. In November 2019, EPA released a formal proposal and opened a 60 day public comment period (November 21, 2019 — January 21, 2020)

In 2015, EPA finalized the power plant waste water rule (Steam ELG rule) that, once implemented, would eliminate 1.4 billion pounds of harmful pollutants from being dumped into our waterways each year from coal-fired and other steam electric power plants. This rule was much-needed, as the standards had not been updated in over 30 years, allowing power plants to pass the cost and burden of cleaning up their toxic mess onto downstream communities. Coal-fired power plants are by far the number one source of toxic water pollution in the country, dumping heavy metals like arsenic, lead, mercury, and other harmful chemicals into our rivers, lakes, and bays. Many of these pollutants are known carcinogens and neurotoxins that have serious health impacts, especially for children. Even though the negative health impacts of these toxins are well known and it would cost industry very little to comply with a rule to clean them up, EPA has agreed to an industry petition to delay and reconsider these important standards. EPA has already delayed the standards and is now in the process of further weakening the rule for the most toxic sources of power plant pollution, ignoring concerns from the public and environmental and health groups. This rollback is nothing more than a politically-motivated giveaway to industry – check back here for updates on how you can tell the Administration you do not support this attack on public health protections!

More of our work 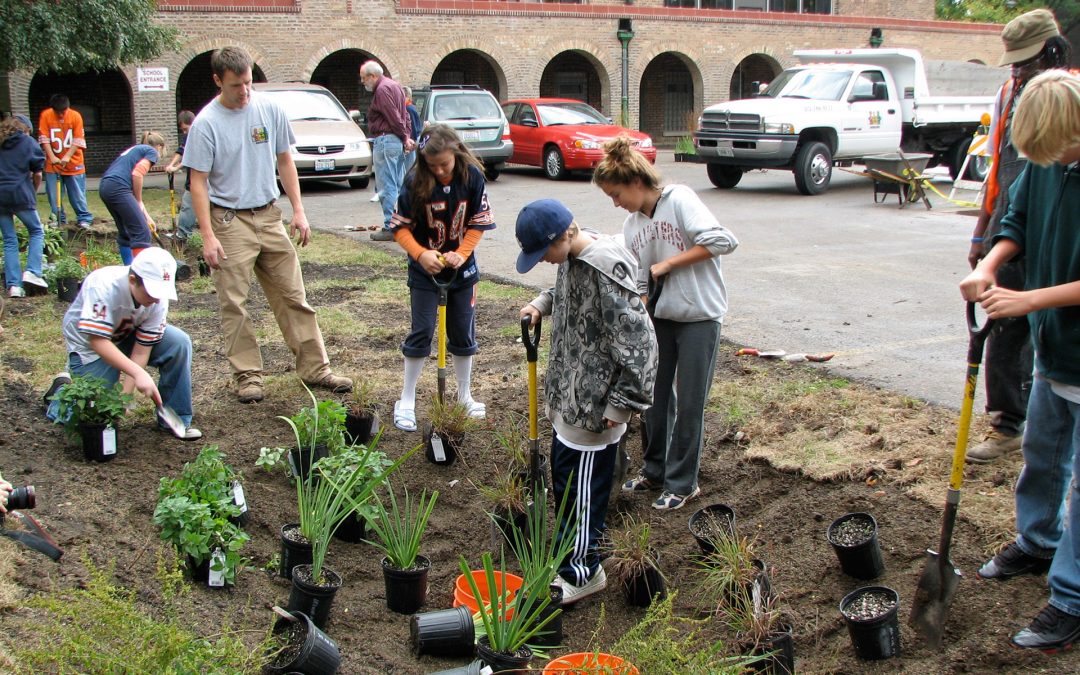 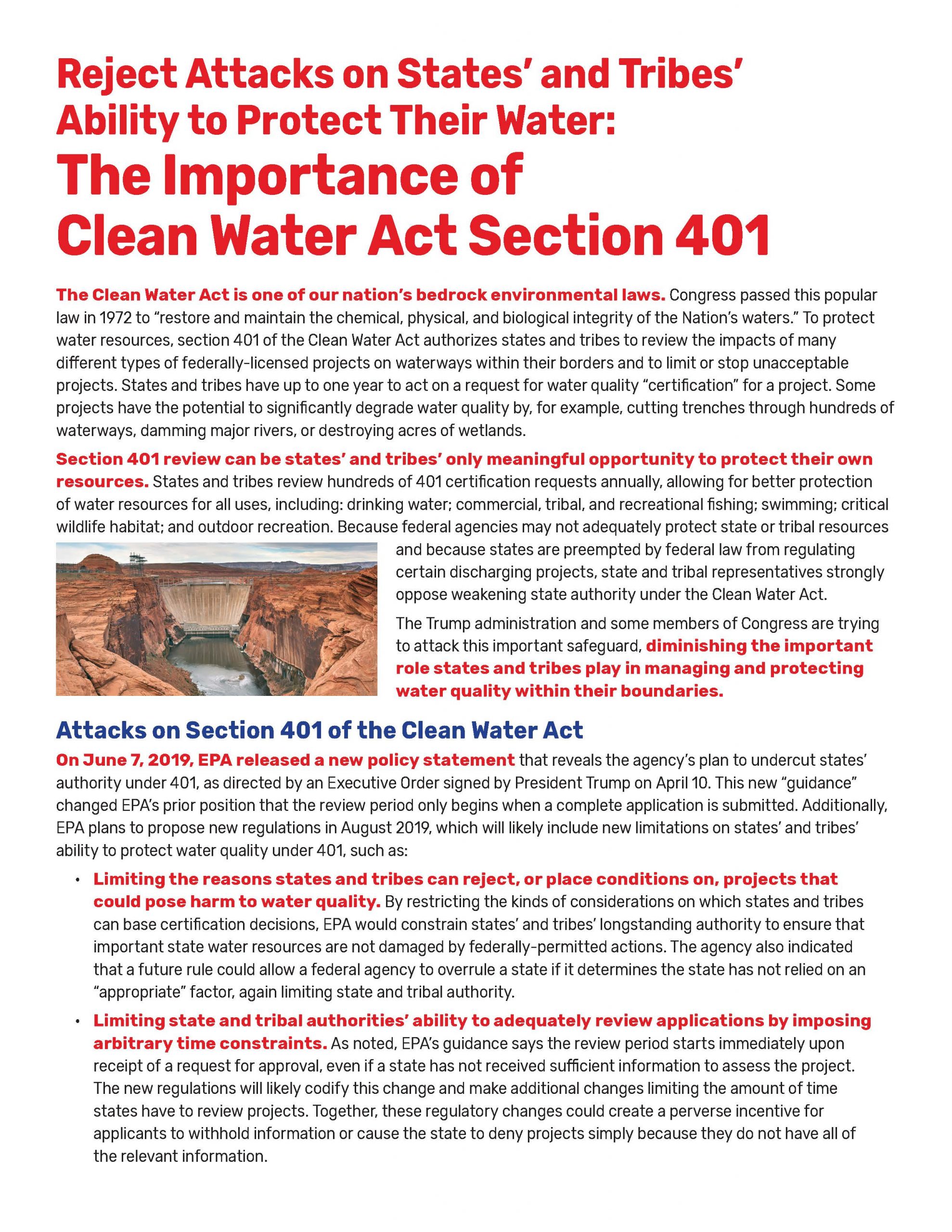 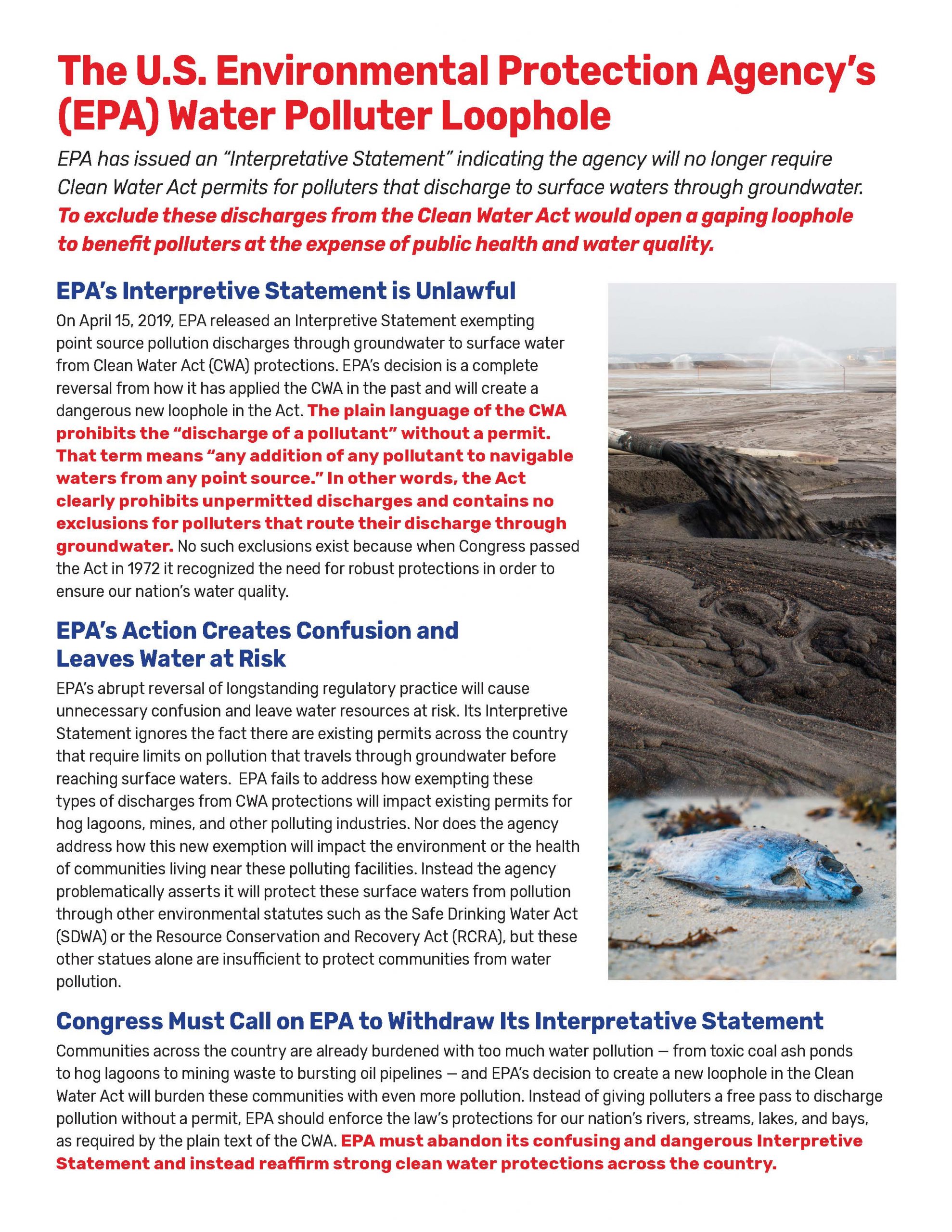 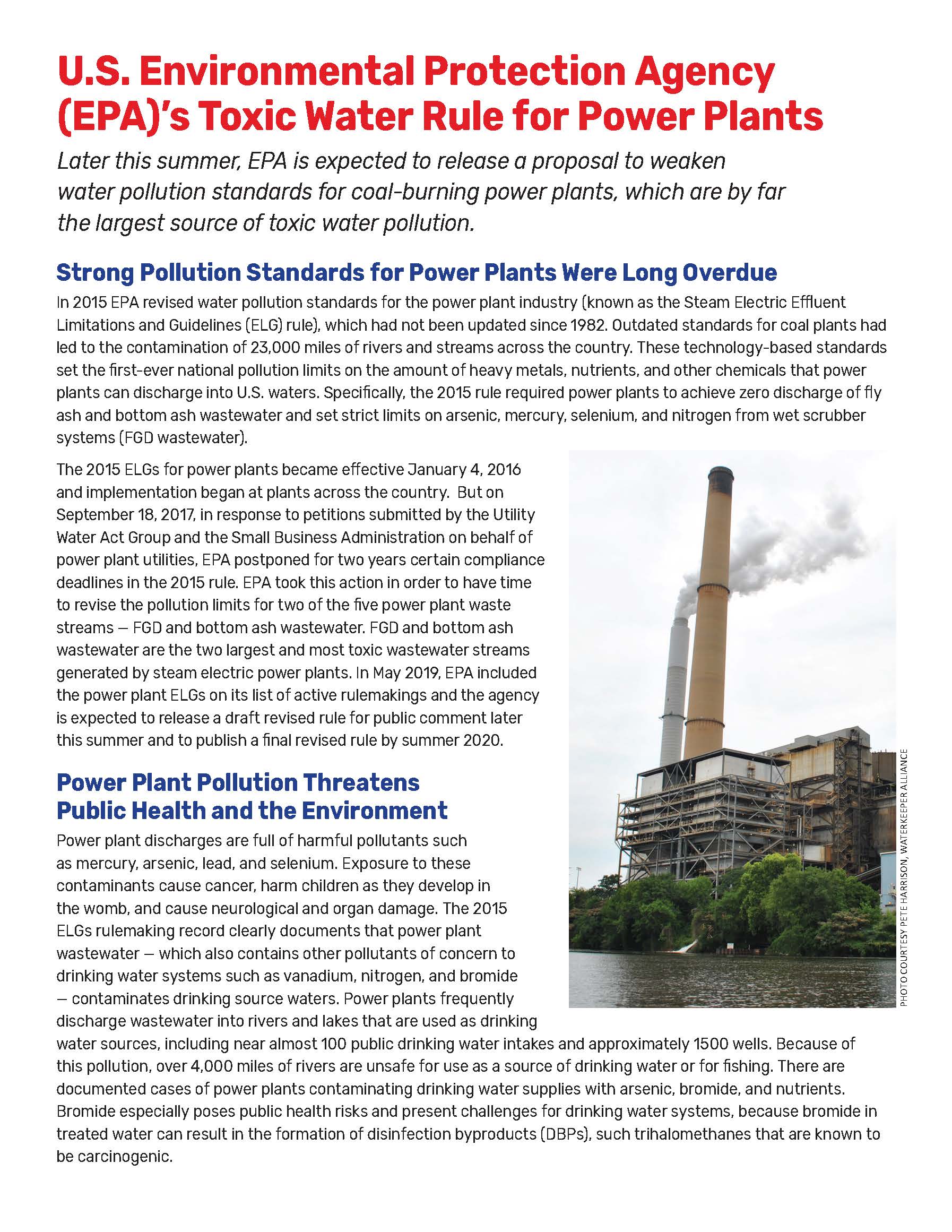 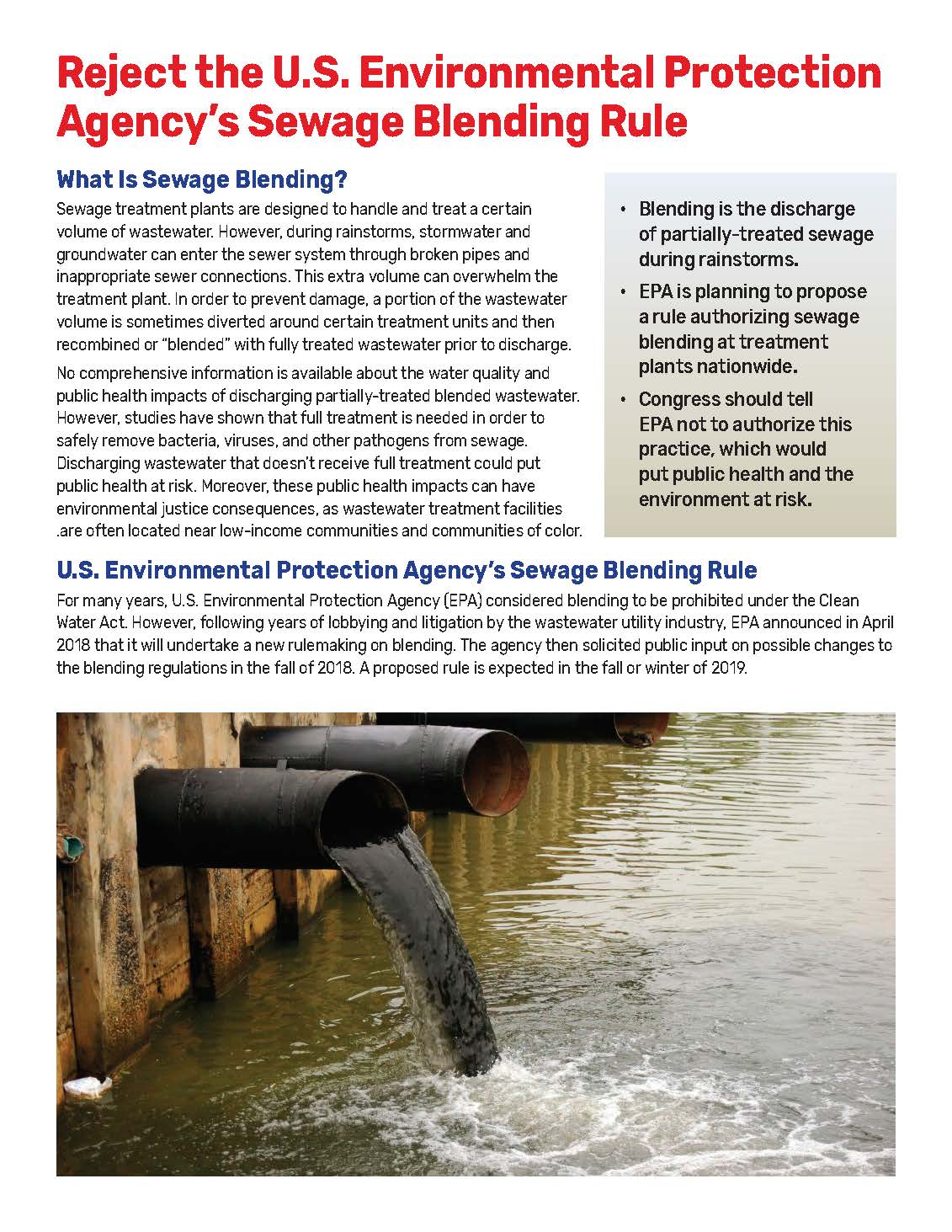