Increase the Flow: The Need for Stronger Investment in Water Infrastructure and the Impact on Underserved Communities 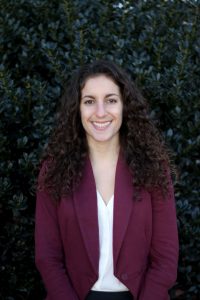 When news of the Flint water crisis broke headlines, 21 million people across the country relied on water systems that violated health standards. Unsurprisingly, low-income communities, minority populations, and rural towns disproportionately deal with barriers to safe water. Drinking water challenges are complicated: failing infrastructure, polluted water sources, and inadequate utility management are all part of the problem. A lack of investment in water infrastructure over the last several decades has exacerbated the problem, allowing water systems to become outdated and degraded. Access to safe water is essential for our survival and our economy. Without serious investment in our water infrastructure we will continue to put communities at risk — especially vulnerable communities. As a country we must continue to support existing funding sources for water infrastructure, develop new and innovative funding mechanisms, and more effectively prioritize the water needs of underserved communities.

To be clear, the U.S. as a whole has very good water quality. The 21 million Americans without safe drinking water make up 6% of the country’s population. But this low percentage means nothing to those who can’t turn on their tap to quench their thirst, take a shower, or cook their food. In a country where we can order anything online and have it delivered to our door in a day, delivering safe water to our tap should not be an issue.

There are a host of federal programs already in place to reduce the number of communities without safe water. The EPA’s Drinking Water State Revolving Fund (DWSRF), the USDA’s Rural Development Water Program, and HUD’s Community Block Grants, provide essential funding to fill gaps in state and local resources. The Drinking Water State Revolving Fund alone has helped invest $35.4 billion in water infrastructure projects since 1996. These projects not only replace dilapidated pipes and pumps, they also provide trainings for utility operators, support partnerships that consolidate resources, and hire experts to identify the cause of contamination. These trainings and partnerships are crucial in rural municipalities where water utility operators are commonly residents who volunteer their time. In short, management and maintenance made possible by federal funding increases the longevity of existing water infrastructure.

But how do we know if the communities that need the most help are getting it? In the case of the Drinking Water State Revolving Fund, states are required to prioritize systems with the highest health risk and the greatest financial need. An EPA database helps states identify which drinking water systems have the highest number of Safe Drinking Water Act (SDWA) violations, but it does not track whether these communities are considered low-income or disadvantaged because these designations are defined differently by each state.

For communities that can’t afford to take on the debt of a low-interest loan like the ones provided through the DWSRF, grants offer a debt-free alternative. The USDA’s Rural Development Water Program offers about ten types of grants for rural and small communities and tribes. The 2018 Congressional Budget also included a new EPA grant solely for addressing the water needs of disadvantaged communities. In order for these funds to be effective, they need to support long-term solutions rather than short-term “band-aids.” A water focus group within EPA’s National Environmental Justice Advisory Committee, a federal advisory committee, is helping the agency take a more holistic approach to address the water needs of disadvantaged communities.

Regardless of these efforts, 21 million people are without safe water. From 1982-2015, the number of drinking water violations actually increased. It is unclear what proportion of this increase is due to stricter safety regulations, more polluted waterways, degrading infrastructure, poor management, or a combination of these factors. What we do know is that most of the health violations link back to the pathogen, coliform, and that the communities with the most violations are typically low-income and/or communities of color. A study from the American Water Works Association concluded, “In communities with higher populations of black and Hispanic individuals, SDWA health violations are more common. Importantly this effect is not homogeneous across all utilities: it is in the poorest of communities that race and ethnicity seem to matter most in determining drinking water quality.”

A lack of safe drinking water can lead to serious health risks and economic impacts on communities. Exposure to contaminated water can result in gastrointestinal symptoms, neurological disorders, and cancer. Safe water is essential for our health — and if we’re not healthy we can’t work.  Businesses and industries rely on water to support worker productivity and as a raw resource for goods and services. According to the Economic Policy Institute, $188.4 billion spent on water infrastructure investments over five years can yield $265 billion in economic activity  and create 1.9 million jobs.

We need robust investments in our water infrastructure. Despite threats to various water programs during the 2018 budget cycle, appropriations for water infrastructure tended to increase. One success story is the USDA’s Rural Water and Waste Disposal Grants. The President’s Budget planned to eliminate these grants entirely, but instead they received a $500 million increase in the Omnibus Spending Bill. Federal investment in water infrastructure must continue. Communities without safe water can’t afford for political support to waver from election cycle to election cycle.

At the same time, we must understand that more money doesn’t always mean less problems. Water infrastructure projects must be conducted with long-term goals in mind. Federal funds for infrastructure do more than build new systems and replace pipes, both of which are also needed. They support management and maintenance to achieve long-term goals.

The reality is that Flint was not an isolated incident. Communities all over the country struggle to have safe water. There are people working hard to address these issues, but more work is needed. Everyone has a role to play by supporting politicians who prioritize the needs of our failing water systems and the communities that rely on them. Safe water can no longer be a luxury.