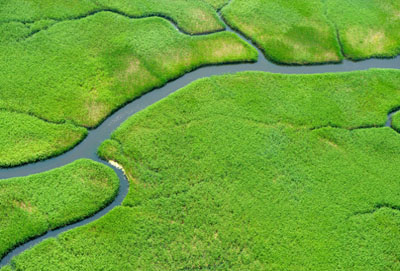 A revision to the Clean Water Act threatens up to 25,000 miles of rivers and streams in the James River watershed that provide clean drinking water to 2.7 million Virginians. Photo Credit: Meghan Marchetti / The Virginia Department of Game and Inland Fisheries

Since taking office, the Trump Administration has started or finalized a flood of environmental rollbacks — more than 100. These actions drastically weaken air pollution standards, reduce the number of protected waterways, and put communities at risk.

In order to highlight one of the most reckless rollbacks , the Clean Water for All Coalition, a broad coalition focused on elevating the importance of clean water for everyone, organized a virtual clean water town hall on Oct. 20th. The event brought together Members of Congress, State Attorneys General, and clean water advocates to honor the Clean Water Act’s 48th anniversary. Townhall participants included:

“Today, we’re honoring one of the nation’s most important bedrock laws grounded in science-based policies to protect people and our environment,” said Madeleine Foote, Deputy Legislative Director at League of Conservation Voters.

“Our country still faces major water resource and pollution challenges, especially within low-income communities, communities of color, and Tribal communities,” said Rep. McEachin. “They continue to be disproportionately exposed to toxins in their drinking water and have fewer resources with which to manage the danger.”

Earlier this month, a hearing on the Environmental Justice for All Act was held by the House Natural Resources Committee. The bill calls for an inclusive and community-led process to protect historically marginalized groups against environmental degradation. Chairman Grijalva (D-NM) and Rep. McEachin introduced the legislation back in February to push Congress to adopt equity and environmental justice reforms.

If enacted, the bill would strengthen the Civil Rights Act of 1964 and authorize $75 million annually for research and education to address public health disparities in EJ communities.

Ripple Effect: Weakening CWA Protections from California to the Carolinas

Several clean water challenges have created ripple effects from coast to coast. The Hoopa Valley Tribe v. FERC decision in 2019 shortens the window in which states can issue Section 401 certifications, a process under the CWA where states work with the federal government to protect waterways and meet the needs of local communities. The Hoopa decision, in addition to EPA’s rewriting of Section 401, makes it harder for states to limit impacts from oil and gas pipelines.

California recently joined Virginia and North Carolina as part of a multistate coalition to challenge the Hoopa case. In support of states’ Clean Water Act authority, California Attorney General Xavier Becerra told participants at the townhall, “Donald Trump is fighting the currents. The American people understand that we’ve got to do something.”

This past summer, the “Navigable Waters Protection Rule ” also went into effect. The rule replaces the 2015 Obama-era Clean Water Rule which defined “waters of the United States”. The new EPA regulation now excludes small streams and sensitive wetlands from protection under the Clean Water Act and makes it easier to pollute waterways and destroy wetlands.

From California to the Carolinas, urban and rural communities alike rely on wetlands to filter pollution and mitigate storms. “We know that as we lose more wetlands, and we lose more small streams that when the next storm comes, the floods will be worse,” said Geoff Gisler, Senior Attorney and Leader of Clean Water Program at Southern Environmental Law Center. “So losing the protection of the Clean Water Act for those wetlands is devastating for the entire southeastern coast and across the country.”

Support for the Clean Water for All Act Rises

In May, Chairman Peter DeFazio (D-OR) introduced the Clean Water for All Act, a bill that would block the NWPR rule and require the EPA to revisit the drawing board.

Today, more than 80 members of Congress have endorsed the legislation. If passed, the Clean Water for All Act would:

Lame Duck May Present a Chance to Prioritize Water Policy

With the election done and the Biden transition team underway, clean water advocates are planning ahead for the Congressional “lame duck” session. Advocates are focused pushing for provisions to protect access to water in a COVID-19 relief package and ensuring that the Trump administration can’t do any more damage to the laws that protect our water before the new Congress is sworn in on January 5th.